The Love Prison Made and Unmade--Ebony Roberts 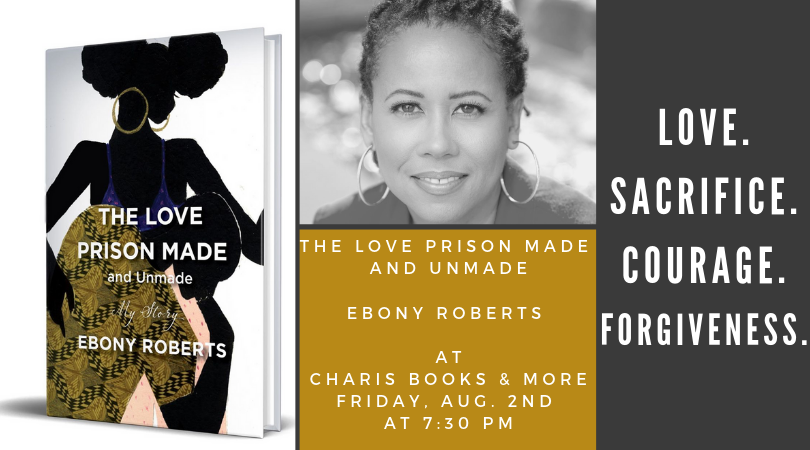 An intelligent, educated, and strong-minded woman shaped by a past filled with abuse and betrayal, Ebony Roberts was drawn to bad boys: men who cheated; men who verbally abused her; men who disappointed her. Fed up, she cut off her hair and swore to wait for the partner God chose for her.  Then she met Shaka Senghor.

In her extraordinary memoir, The Love Prison Made and Unmade: My Story, Roberts shares the intense spiritual connection she felt for a man behind bars for murder.  Though she struggled with the idea that this man could be the good love God wanted for her, through letters and visits, she and Shaka fell deeply in love. Following his release from prison, Shaka was embraced by Oprah Winfrey and wrote a New York Times bestselling memoir (Writing My Wrongs). Their lives had been transformed—the worst should have been behind them. Yet, Shaka’s release became the beginning of the end of their love story.

The Love Prison Made and Unmade is heartfelt and insightful as it reveals powerful lessons about love, sacrifice, courage, forgiveness and of living our highest principles and learning not to judge someone by their worst acts. Ultimately, it exposes the high emotional cost that American justice exacts on human lives—the partners, wives, children, and friends—beyond the prison walls.

Ebony Roberts is a writer, researcher, and activist, who has worked in the prison abolition movement for nearly twenty years. She recently served as program director for #BeyondPrisons, an organization designed to uplift the voices of those impacted by the criminal justice system. She received her BA in Social Relations and Psychology, and a Ph.D. in Educational Psychology from Michigan State University. Ebony’s story is the other half of the New York Times bestselling memoir Writing My Wrongs by Shaka Senghor. She lives in Los Angeles. More at www.theloveprisonmade.com

This is a Charis Circle From Margin to Center Literary Event. The suggested donation is $5.

The Love Prison Made and Unmade: My Story (Hardcover)

A Notable Memoir by the New York Times

With echoes of Just Mercy and An American Marriage, a remarkable memoir of a woman who falls in love with an incarcerated man—a poignant story of hope and disappointment that lays bare the toll prison takes not only on those behind bars, but on their families and relationships.