The Souls of Black Folk (Paperback) 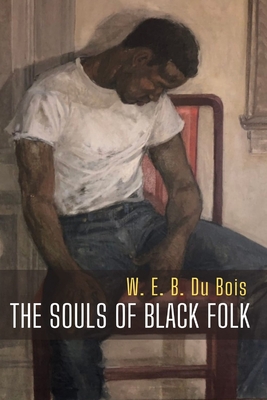 W.E.B. Du Bois, in full William Edward Burghardt Du Bois, (born February 23, 1868, Great Barrington, Massachusetts, U.S.-died August 27, 1963, Accra, Ghana), American sociologist, historian, author, editor, and activist who was the most important Black protest leader in the United States during the first half of the 20th century. He shared in the creation of the National Association for the Advancement of Colored People (NAACP) in 1909 and edited The Crisis, its magazine, from 1910 to 1934. His collection of essays The Souls of Black Folk (1903) is a landmark of African American literature. As segregation regimes took hold in the South in the 1890s with the tacit approval of the rest of the country, many African Americans found a champion in Booker T. Washington and adopted his self-help autobiography, Up from Slavery (1901), as their guidebook to improved fortunes. Washington portrayed his own life in such a way as to suggest that even the most disadvantaged of Black people could attain dignity and prosperity in the South by proving themselves valuable, productive members of society deserving of fair and equal treatment before the law. A classic American success story, Up from Slavery solidified Washington's reputation as the most eminent African American of the new century. Yet Washington's primacy was soon challenged. In his landmark collection of essays, The Souls of Black Folk (1903), William Edward Burghardt Du Bois, a professor of sociology at Atlanta University, disputed the main principle of Washington's political program, the idea that voting and civil rights were less important to Black progress than acquiring property and achieving economic self-sufficiency. Unlike Washington, who foresaw the steady obliteration of racial prejudice and discrimination, Du Bois prophesied in the opening lines of The Souls of Black Folk: "The problem of the Twentieth Century is the problem of the color-line." An uncompromising advocate of civil and voting rights, Du Bois asserted in The Souls of Black Folk that through "work, culture, and liberty" the dual heritage of African Americans-what he called "double-consciousness"-could be melded into a force for positive social and cultural change in the United States. Du Bois's striving to dramatize in his narrator a synthesis of racial and national consciousness dedicated to "the ideal of human brotherhood" made The Souls of Black Folk one of the most provocative and influential works of African American literature in the 20th century.