The Come Up (Paperback) 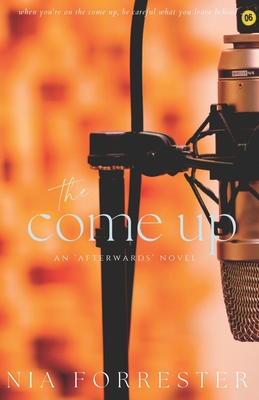 Jamal Turner is near the top of his game. Widely-known as the trusted right-hand man to music mogul Chris Scaife, he's poised to become chief operating officer of his friend and mentor's international recording conglomerate. But while his career prospects have never been better, Jamal is still plagued by the memories of his humble beginnings, threatening to pull him back down just as he's on the come up. Makayla Hughes knows who she is and where she comes from, and she flat out refuses to allow working in the high-powered recording industry to change her or her most closely-held friendships. But when she's thrown into close quarters, working on a project with the notorious Jamal Turner, she begins to wonder whether her determination to 'keep it real' is also keeping her world very, very small.Jamal is drawn to Makayla, but he can't let the man he used to be stand in the way of the man he's becoming. There's no doubt she fits into the life Jamal used to have, but what's not as clear is whether she belongs in the life he wants.