Married To The Mafia: The Fallen Son (Paperback) 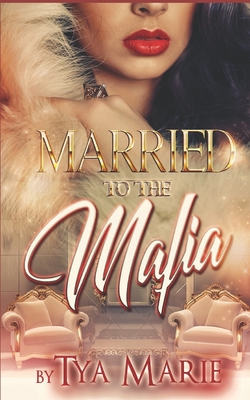 "Everyone knows a man's worth is based on whether or not he keeps his word. The same applies to women. You have mine-until the day I die."

Johnny leaned in, flooding my personal space with expensive aftershave, a dark glint in his eye. "What if you die tonight?"

Juice Campbell doesn't believe in marriage. The product of an extramarital affair gone wrong, the twenty-five-year-old has her mind made up when it comes to being tied down by anything other than her career. On her last night dancing at one of Atlanta's premier strip clubs, Juice's opportunity to start over is derailed when she is witness to several murders, including one of her closest friends. Overnight, she goes from stripper to wife of mafia hitman Johnny "Johnny Two-Times Gabbana." As formidable as he is handsome, Johnny turns Juice's mundane life upside down and in turn, changes her views on matrimony as their feelings intensify. The only thing standing between the two living happily ever after is Johnny's family, more specifically his father, who will stop at nothing to make sure death does them part.

Johnny Gabbana is revered within the mafia underworld for several reasons, the main one being his special "gift," the rare ability to take out any given target in two shots or less. The youngest son of the infamous mafia boss Antonio Gabbana, Johnny has spent the past decade protecting not only his father, but the generational wealth amassed by the patriarch. Such a task requires discipline, and compared to the hedonistic nature of his brothers, Johnny's a coldhearted saint, seeking more than a warm body between his sheets. When he sees Juice at the club it's love at first sight, and their second encounter, though morbid, solidifies his belief that the mouthy stripper might be "the one." Johnny goes against his entire family to save Juice, a decision that places both of their lives in danger from the moment they say, "I do."

Married to the Mafia is a tale of love and loyalty, proving that neither are mutually exclusive. Johnny's loyalty ends where his marriage begins, and he vows to protect Juice, even if it means sacrificing himself. As for love? Between himself and his family, there's none lost.