Win Me Something (Compact Disc) 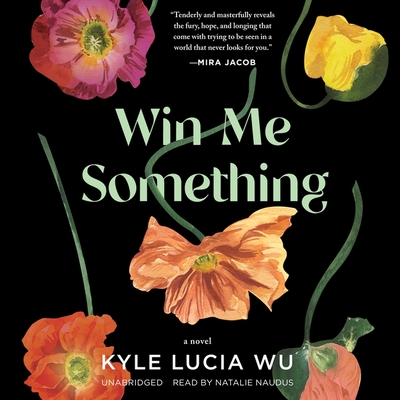 A perceptive and powerful debut of identity and belonging―of a young woman determined to be seen.

Willa Chen has never quite fit in. Growing up as a biracial Chinese American girl in New Jersey, Willa felt both hypervisible and unseen, too Asian to fit in at her mostly white school, and too white to speak to the few Asian kids around. After her parents' early divorce, they both remarried and started new families, and Willa grew up feeling outside of their new lives, too.

For years, Willa does her best to stifle her feelings of loneliness, drifting through high school and then college as she tries to quiet the unease inside her. But when she begins working for the Adriens―a wealthy white family in Tribeca―as a nanny for their daughter, Bijou, Willa is confronted with all of the things she never had. As she draws closer to the family and eventually moves in with them, Willa finds herself questioning who she is, and revisiting a childhood where she never felt fully at home.

Self-examining and fraught with the emotions of a family who fails and loves in equal measure, Win Me Something is a nuanced coming-of-age debut about the irreparable fissures between people, and a young woman who asks what it really means to belong, and how she might begin to define her own life.