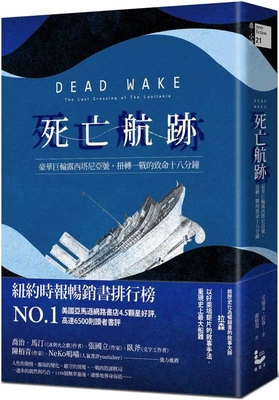 “With the taut storytelling form that is Larson's trademark, Dead Wake recounts the tragedy of the sinking of the passenger ocean liner Lusitania. The torpedoing of a passenger liner by a German submarine shocked and horrified the world and served to mobilize American popular opinion in favor of entering World War I. Larson carefully sets the stage for the tragedy, and with dramatic effect recreates the tension of the chase, the horror of the attack, and the tragic aftermath. Dead Wake pulls the reader in and evokes a visceral response of outrage and sadness -- the same response most Americans had upon first hearing the news in 1915.”
— Jon Grand, The Book Stall At Chestnut, Winnetka, IL