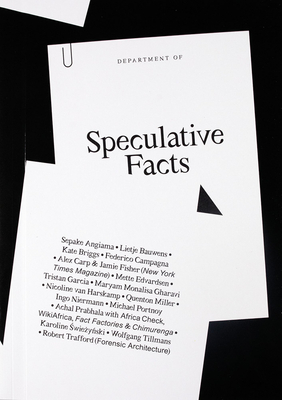 This volume connects two seemingly contradictory paradigms of knowledge-seeking: speculation, which attempts to think and act beyond existing knowledge and structures, and fact, which seeks a robust consensus on which reality can be built.

The backbone of the book is an email exchange between Alex Carp and Jamie Fisher, two fact-checkers from the New York Times Magazine, to which artists and writers respond, via an initiative at the Jan van Eyck Academy in Maastricht. The publication includes the original letters and workshop scripts, as well as additional texts by philosophers, journalists, writers and artists, addressing the question: when expanding knowledge and speculating with fiction, what sense of responsibility is needed in times of democratized opinion and fake news?