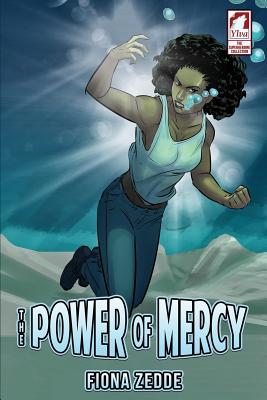 This is book number 2 in the Superheroine Collection series.

To her family, Mai Redstone is weak. Her shape-shifting power is nowhere near as impressive as their abilities to literally alter the world around them. But when she puts on the costume to become Mercy, a rooftop-climbing chameleon with a thousand disguises and at least nine lives, she feels almost invincible. When a local politician is murdered and the police call Mercy in to help, the stability Mai has built out of past pain threatens to crumble. The dead politician turns out to be her uncle, a man who made her childhood a living hell. Caught between giving a medal to the killer and being forced to find the murderer for her family, Mai must make the difficult choice between family loyalty and self-preservation. Mercy is a blade that can cut both ways.