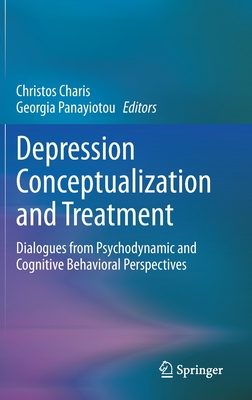 Depression, a highly common clinical disorder, is an important and clinically relevant topic for both clinical researchers and practitioners to address, because of its prevalence, impact on the individual and society, association with other mental and physical health problems and the social contexts in which it develops. Depression ranks in Germany and central Europe as the third among the leading mental disorders and world-wide is a leading cause of disability. It is estimated that 8.3 % of the German population is depressed within a year (11.2 % women, 5.5 % men). These statistics mean that 4 million people per year are depressed in Germany alone (one year prevalence). According to the WHO, over 300 million people world-wide experience depression and in the USA the financial burden of this disorder, due to disability and work absenteeism, reaches Depression is also becoming more frequent over time and has a high risk of recidivism -particularly since its most common form, Major Depressive Disorder (DSM-5; ICD10) tends to occur in episodes. For example, 20% to 40% of people become depressed again within two years after their first depressive episode, meaning that a major aim of any therapeutic intervention should be to prevent future relapses. Depression also shows very high comorbidities with other mental and physical health conditions. Its overlap with anxiety pathology is so high that clinicians are concerned with whether the two disorder categories are indeed distinct or if they show substantial etiological overlap. Depression is also associated with heart disease and even cancer, making it a risk factor for mortality and morbidity that needs to be identified early and addressed effectively. In addition to Major Depressive Disorder, the often severe Bipolar Disorder, and the chronic form of Depression referred to as dysthymia are additional mood disorders that among them require careful differential diagnosis. They also lead to questions regarding their common or distinct etiological mechanisms.

In order to gain a better understanding of Depression as a clinical disorder, one needs to look at it as a multifaceted phenomenon. Depression is a neurobehavioral condition, and one has to be up to date and have solid understanding of its biological substrate, at a genetic, neuronal, hormonal and pharmacological level. Depression is also a socio-demographic phenomenon, and one needs to examine its epidemiology, that might contain significant cues towards its clearer understanding. It is more prevalent, for example, in certain regions, climates, age groups and genders (much more prevalent in women, with age of appearance in young adulthood but also presents as a significant problem for youth and the elderly), is associated with stereotypes and stigma and can be the aftermath of crises, trauma and loss.

The etiology of Depression remains under scrutiny, though recently much more knowledge is emerging from contemporary neuroimaging, genotyping and data science methods. Different neural and behavioral systems may be involved contributing to the significant heterogeneity within the disorder. Social roles, stressors, attachment patterns, family support and social networks, and individual (e.g. gender linked) vulnerabilities may contribute significantly towards increasing risk for developing depression. Different therapeutic approaches, like those stemming from the psychoanalytic/psychodynamic perspectives and those stemming from the cognitive/behavioral (2nd and 3rd wave) tradition focus on the components of etiology considered most dominant. As science progresses with clearer evidence regarding the important etiological factors and their interactions, these different perspectives, each with its own contribution, may need to take new developments into consideration, adapt and even begin to converge.

These different aspects of the topic of Depression, which are central to the scientific aims of clinical scientists, but also permeate the way clinicians approach assessment, diagnosis, case formulation and treatment, become the focus of the present volume. Following a conference held at the University of Cyprus, in Nicosia, Cyprus in October 2019, which included presentations by internationally renowned experts in the field on these various aspects of Depression, the idea of extending the topics presented and discussed at the meeting into more elaborated and substantive chapters and synthesizing them into an edited volume was generated. The aim was to fill a substantive gap, with a volume that would be beneficial to a wider, interdisciplinary audience of clinicians, trainees and researchers with examine the different aspects of Depression.

In this Edited volume, with contributions from prominent experts in the field, we propose to discuss the subject of conceptualizing and treating Depression and related conditions (e.g. Suicide, Bipolar Disorder) from different theoretical perspectives and after taking into consideration current research into the etiology and maintenance of this condition. Chapters on theoretical perspectives of treatment cover a wide range of approaches, that could be broadly clustered under behavioural and psychodynamic points of view. Perspectives discussed in this volume are psychodynamic therapy, 2nd waver CBT, acceptance and commitment therapy and mentalization therapy. Special topics with great relevance to treatment, include treatment in different levels of care (e.g. partial hospital setting; prevention of suicide; working with cancer patients). The book provides a unique combination of current empirical findings on etiology of depression and suicide, treatment considerations and practical recommendations, treatment in different settings and combination of different theoretical perspectives that can enrich a therapists' repertoire of tools for understanding and approaching depression. The book describes various theoretical approaches without adhering to anyone but with an effort to highlight common underlying themes like issues of loss, self-esteem, guilt, grief and emotion regulation as these permeate the various perspectives. In this way the book presents a combination of science and practice and of various views that constitute an excellent resource of researchers, clinicians and students of mental health professions. In a final chapter the two editors, Drs. Christos Charis and Georgia Panayiotou, make an effort to impartially integrate information from the various perspectives, highlighting the utility of each approach to address specific vulnerability and etiological factors discussed in the book. In this regard, the volume stresses the idea of the need for continuous and open dialogue between perspectives, theories, levels of investigation, research areas, practitioner needs and scientific views to help make progress in treatment and address this complex and multi-faceted phenomenon in the service of patients, their carers and societies in general.