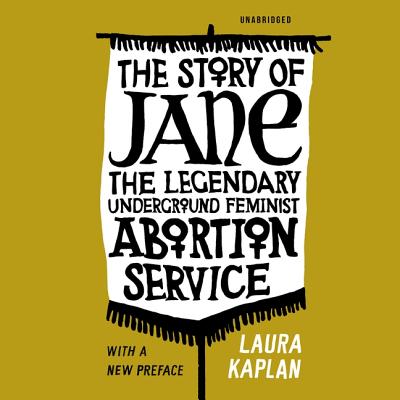 First published in 1997, The Story of Jane recounts the evolution of Jane, the underground group in Chicago that performed abortion services before the procedure was legalized. An extraordinary history by one of its members, this is the first account of Jane's evolution, the conflicts within the group, and the impact its work had both on the women it helped and the members themselves. This book stands as a compelling testament to a woman's most essential freedom-control over her own body-and to the power of women helping women.

A movie based on the book, titled This is Jane, is being produced by Amazon Studios, with Michelle Williams attached to star.