Manipulation for Beginners: How to Persuade and Influence People with Manipulation, Mind Control and Dark Psychology (Paperback) 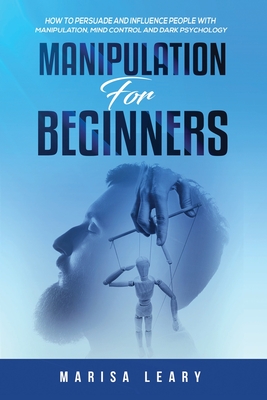 If you had the ability to influence people into doing anything you want, would you do it?

Manipulation. It has a bad reputation that goes along with it. But truth be told, manipulation is only bad because of what we choose to do with it. Manipulation could be used for both good and evil. Like everything else, it's about balance and the right way to use these techniques...

It's all about mind games and mental control. When you understand how the human mind works, you'll realize how easily we can be persuaded. Manipulation, in a way, gives you the ability to control the actions and thoughts of another. There are several skills involved in pulling this off effectively, but that is why you're here- to learn everything that you need to introduce you to the world of manipulation...

To the manipulator, there is power to be gained when you learn how to control the people around you. They are constantly on the lookout for ways they can gain the upper hand over the people around them. Getting people to do what you want is a skill that can be developed. Once you understand the way manipulation works, it can prove to be a useful skill when you need it...

In this book you'll learn:

The human mind is a remarkable domain, and when you understand how it works, you can get anyone to do anything, and they wouldn't even know why. If you could learn to manipulate and persuade the people around you, it is going to change your relationships and put you in a position of power when you are the one dominating and directing the conversational flow. How do you get people to say yes to you? By being the one in control, and this is where your first step begins. Are you ready to stay one step ahead of everyone else? Get this book today and start your journey

Grab your copy of Manipulation for Beginners now