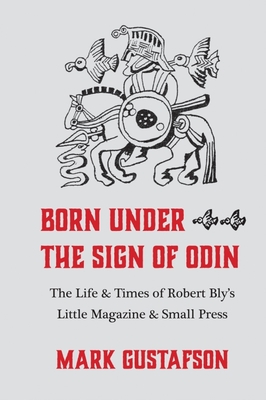 Long before Robert Bly became a cultural icon as a leading light of the Men's Movement,
he was shaking up the world of poetry with a little magazine, published from his farm in western Minnesota, that celebrated the deep imagery of European and South American poets while playfully mocking the often tepid and academic work of his American colleagues. This is the story of that literary revolution, the effects of which are with us to this day.
Author Gustafson draws upon Bly's literary and personal correspondence, private papers, and the publications themselves to paint an indelible portrait of an artist driven by unusual ideas of expression rooted in earthiness, myth, open forms, and social conscience. Bly's iconoclastic tendencies bring plenty of spice to critical exchanges with James Dickey, Donald Hall, Denice Levertov, Tomas Transtr mer, Gary Snyder, and many other eminent poets at a time when the more formal and concervative aesthetic of the Pound/Eliot cadre and the hyper-technical analysis of the New Critics were proving themselves inadequate to the changing times. Using the issues of The Fifties and The Sixties as guideposts, Gustafson explores Bly's courageous stance against the Vietnam War, his principled response to receiving the National Book Award, the technical challenges of financing and printing a little magazine from the prairies of western Mnnesota, and other adventures, with flashes of humor brightening many turns in the path.