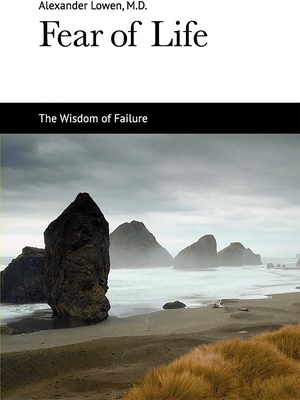 Fear of Life is an in-depth study of the human condition within modern culture.

Alexander Lowen challenges conventional thinking and contends that neurotic behavior stems from a fear of life, and represents the individual's unconscious effort to overcome that fear. But one cannot do so. One can only suppress or deny it, at the cost of spontaneity and being at ease. Lowen explains that being a person requires that one stop their frantic doing, and take time out to breathe and to feel. If one has the courage to accept and feel the pain and hurt, despair and sadness, and inner emptiness or anxiety in one's life, one can heal trauma and gain pleasure, fulfillment, and joy....the object of Bioenergetic Analysis.

A student of Wilhelm Reich in the 1940s and early '50s in New York, Lowen developed bioenergetic analysis, a form of mind-body psychotherapy, with his then-colleague, John Pierrakos (February 8, 1921 – February 1, 2001). He is also noted for developing the concept of bioenergetic grounding, one of the foundational principles of bioenergetic therapy. Lowen was the founder and former executive director of the International Institute for Bioenergetic Analysis in New York City. The IIBA now has over 1500 members and 54 training institutes worldwide.

Born in New York City to Jewish immigrants, Lowen received a bachelor's degree in science and business from City College of New York, an LL.B and a J.S.D (a doctorate in law) from Brooklyn Law School. His interest in the link between the mind and the body developed during this time. He enrolled in a class on character analysis with Wilhelm Reich. After training to be a therapist himself, Lowen moved to Switzerland to attend the University of Geneva.

Lowen lived and practiced for the majority of his life in New Canaan, Connecticut. He suffered a stroke in July 2006. The Alexander Lowen Foundation was founded in April 2007 to continue his legacy. Lowen died on October 28, 2008 at the age of 97.

In 2007, Dr. Lowen established the Alexander Lowen Foundation, which is now directed by his son, Frederic Lowen.