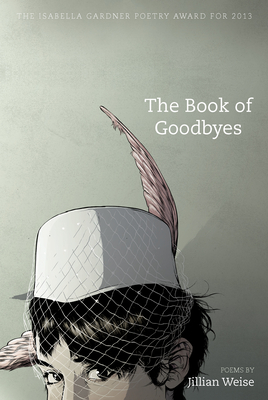 This is book number 138 in the American Poets Continuum series.

WINNER OF THE 2013 JAMES LAUGHLIN AWARD

"These fierce, hip, heartbreaking love poems call out to a lover who can't be lived with or without. They're humorous, odd, and full of all the unreasonable truth of love. This book is the real thing." --Publishers Weekly

Weise's collection "examines the daily life and consciousness of a speaker with a disability willing to confront all taboos associated with sex, intimacy, identity, gender, and love." - Coldfront Magazine

The Los Angeles Times described Jillian Weise's debut poetry collection as "a fearless dissection of the taboo and the hidden." In this second collection she forwards her bold, sexy poetics by chronicling an affair with a man she names "Big Logos." These poems throw into question sex, the law, identity, sentiment, and power, shifting between lyric and narrative, hyper-realism and magical realism, fact and fiction.

I've Been Waiting All Night

I reckon you were asleep with your girl
before the phone rang. Make something up.

I've been waiting all night to tell you
about the couple in post-War France,

the woman fresh in her grave
and the man who didn't like his mistress dead,

no sir, and so exhumed her, to the dismay
of his wife, who had him arrested

for the stink he made.
She was reburied, returned to the dead.

After jail, he dug her up to fuck again.
Attached suction cups and crafted

a wig from a broom. You can go now.
I'm more in the mood than you're used to.

Jillian Weise--an above-the-knee amputee with a computerized prosthetic--identifies as a cyborg and has discussed the identity in essays for the New York Times and Drunken Boat. Her books include The Amputee's Guide to Sex (Soft Skull Press, 2007) and The Colony (Counterpoint/Soft Skull Press, 2010). She is an assistant professor at Clemson University, a contributing editor at the South Carolina Review, and co-director of the Annual Clemson Literary Festival.

Jillian Weise publishes fiction, nonfiction, and poetry. She is the author of The Amputee's Guide to Sex, The Colony, and The Book of Goodbyes, winner of the Isabella Gardner Poetry Award. Her work has appeared in The Atlantic, The New York Times and Tin House. Weise has received fellowships from the Fine Arts Work Center in Provincetown, the Fulbright Program, the Sewanee Writers Conference and the University of North Carolina at Greensboro. She is an Assistant Professor at Clemson University.