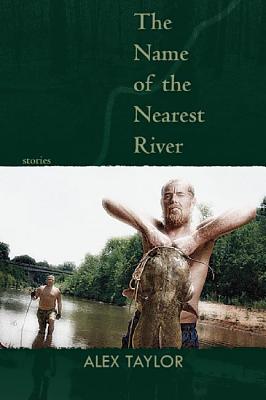 By Alex Taylor
Email or call for price
Special Order

2011 Eric Hoffer Award in the General Fiction
2011 The Thomas & Lillie D. Chaffin Award "Alex Taylor is a fresh new voice, not just in Kentucky, but in American literature."'
--Chris Offutt Like a room soaked in the scent of whiskey, perfume, and sweat, Alex Taylor's America is at once intoxicating, vulnerable, and full of brawn. These stories reveal the hidden dangers in the coyote-infested fields, rusty riverbeds, and abandoned logging trails of Kentucky. There we find tactile, misbegotten characters, desperate for the solace found in love, revenge, or just enough coal to keep an elderly woman's stove burning a few more nights. Echoing Flannery O'Connor and William Faulkner, Taylor manages fervor as well as humor in these dusky, shotgun plots, where in one story, a man spends seven days in a jon boat with his fiddle and a Polaroid camera, determined to enact vengeance on the water-logged body of a used car salesman; and in another, a demolition derby enthusiast nicknamed Wife watches his two wild, burning love interests duke it out, only to determine he would rather be left alone entirely. Together, these stories present a resonant debut collection from an unexpected new voice in Southern fiction. Alex Taylor has worked as a day laborer on tobacco farms, as a car detailer at a used automotive lot, as a sorghum peddler, as a tender of suburban lawns, at various fast food chains, and at a cigarette lighter factory. He holds an MFA from the University of Mississippi and now teaches at Western Kentucky University. He lives in Rosine, Kentucky.

Alex Taylor lives in Rosine, Kentucky. He has worked as a day laborer on tobacco farms, as a car detailer at a used automotive lot, as a sorghum peddler, at various fast food chains, and at a cigarette lighter factory. He holds an MFA from The University of Mississippi and now teaches at Western Kentucky University.

Taylor, who is still in his twenties, writes with wit, zest and skill. . . . Kentucky is lucky to have a writer as weird, unique and gifted as Alex Taylor. In the long queue of very good contemporary Southern writers, here’s a guy who can cut to the front.”
Pamela Miller, The Minneapolis Star-Tribune

"This is the beautiful paradox of Taylor, a writer whose visions of a hard and ugly truth also tap into the quiet depths of the rural soul, a young man who’s told he frowns too much, yet can’t stop making jokes at his own expense. . . . Taylor might not be Western Kentucky’s best-kept secret for very long.”
Erin Keane, The Courier-Journal