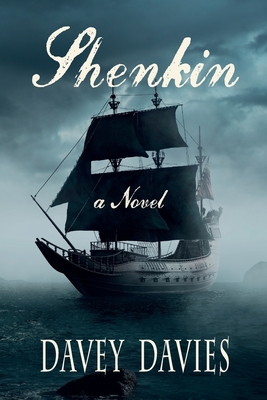 Daniel Shenkin born into a working class community of the 19th century scarred and buried in the bowels of the coal mines and forged in the Ironworks of his black South Wales valley. He gambles, loves and bare knuckle fights for survival. He is determined to form a union. The protest he leads turns into a revolt. Working men and soldiers are killed or wounded. Together with his side kick the giant of a man Regan O'Hara he is sentenced to transportation for a term of 20 years in the penal colonies of Australia. His grounding in brutality is completed on the prison hulks and the convict ship the Runnymede. The ship is captained by the tyrant Josiah Moxey and joint owned by the decadent Lord Feltsham. They have smuggled loot from London on to the ship and Shenkin knows to much. They want him dead but Shenkin's pride, determination and two fisted approach, while even in chains, sees him survive. He finds love in the form of Elizabeth Moxey the niece of the captain and the friendship of the ship's doctor. His resilience proves to much for Moxey and Lord Felthsham to handle on their own. They enlist the dregs of the convict ship and sadistic guards of the penal prison to kill him. It is a roller coaster of an adventure in the cold bowels of the earth then on the sea and land. Everything is against him his background, the sovereign state, the men that are out to kill him, but he carries his pride in his two fists.

Shenkin is a dangerous man a 19th century ' rebel with a cause ' his cause is to survive - don't stand in his way.