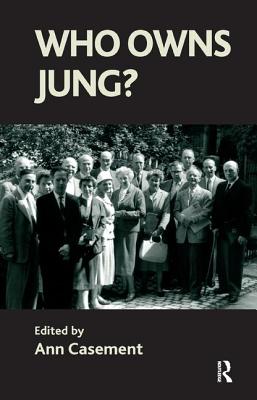 This book has a similar, though not identical, format to Who Owns Psychoanalysis? in being divided into sections as follows: academic, clinical, history, philosophy, science. Who Owns Jung aims to be a celebration of the diversity and interdisciplinary thinking that is a feature of the international Jungian community. Many of the contributors are practising analysts and members of the International Association for Analytical Psychology; others are scolars of Jung whose work has been influential in disseminating his ideas in the academy, though it is worth noting that a number of the analysts also work in academe.Contributors: James Asto; Astrid Berg; Joe Cambray; Ann Casement; Andrea Cone-Farran; Roberto Gambin; Wolfgang Giegerich; Joseph Henderson; George B. Hogenson; Mario Jacoby; Hayao Kawai; Toshio Kawai; Thomas B. Kirsch; Jean Knox; Roderick Main; Denise Gimenez Ramos; Sonu Shamdasani; Michael Sinason; Hester McFarland Solomon; David Tacey; and Margaret Wilkinson.