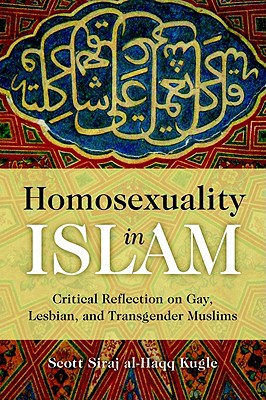 Homosexuality is anathema to Islam or so the majority of both believers and non-believers suppose. Throughout the Muslim world, it is met with hostility, where state punishments range from hefty fines to the death penalty. Likewise, numerous scholars and commentators maintain that the Qur an and Hadith rule unambiguously against same-sex relations. This pioneering study argues that there is far more nuance to the matter than most believe. In its narrative of Lot, the Qur an could be interpreted as condemning lust rather homosexuality. While some Hadith are fiercely critical of homosexuality, some are far more equivocal. One even appears to actively endorse love between men. This is the first book length treatment to offer a detailed analysis of how Islamic scripture, jurisprudence, and Hadith, can not only accommodate a sexually sensitive Islam, but actively endorse it. Scott Kugle is the first Muslim to publish widely on the issue of homosexuality and Islam. An independent research scholar in Islamic studies, he has previously held positions at Duke University, the University of Cape Town, and Swarthmore College.