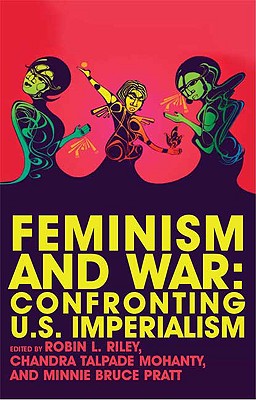 Women across the globe are being dramatically affected by war as currently waged by the USA. But there has been little public space for dialogue about the complex relationship between feminism, women, and war.

The editors of Feminism and War have brought together a diverse set of leading theorists and activists who examine the questions raised by ongoing American military initiatives, such as:

What are the implications of an imperial nation/state laying claim to women's liberation?
What is the relation between this claim and resulting American foreign policy and military action?
Did American intervention and invasion in fact result in liberation for women in Afghanistan and Iraq?
What multiple concepts are embedded in the phrase 'women’s liberation'?
How are these connected to the specifics of religion, culture, history, economics, and nation within current conflicts?
What is the relation between the lives of Afghan and Iraqi women before and after invasion, and that of women living in the US?
How do women who define themselves as feminists resist or acquiesce to this nation/state claim in current theory and organizing?

Feminism and War reveals and critically analyzes the complicated ways in which America uses gender, race, class, nationalism, imperialism to justify, legitimate, and continue war. Each chapter builds on the next to develop an anti-racist, feminist politics that places imperialist power, and forms of resistance to it, central to its comprehensive analysis.