The Creed in Slow Motion (Paperback) 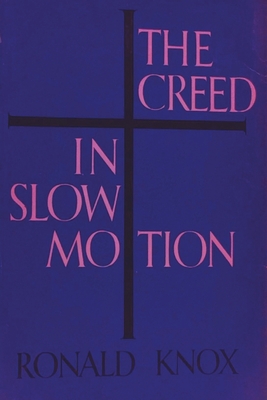 During the WWII bombing of London, Ronald Knox-a priest, radio personality, detective novelist, scholar, and Catholic convert-found himself the chaplain of a girls' school where students were being sheltered. When his existing homilies were exhausted, Knox began to write new ones for his students based on the Apostles' Creed. The homilies were so well-received that they were later published as The Creed in Slow Motion.

With resurgent interest in the life and writings of Knox, as well as the changes to the English translation of the Creed, the new edition of this classic could not be more timely. Knox's unpacking of the Apostles' Creed provides an accessible, loving, and witty example of Anglo-Catholic thought at its best.