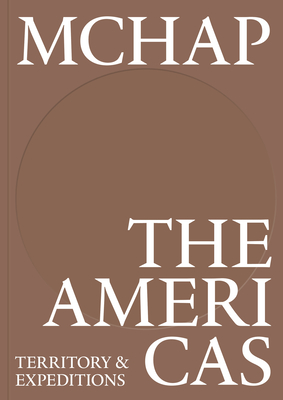 New approaches to nature, landscape, and territory were key in the jury's and architect's architecture discussions during the second cycle of the MCHAP prize. This book puts together the finalist projects with a selection of articles, dialogues and visual essays, providing a particular set of lenses with which to look at the newest architecture of the Americas.

The Mies Crown Hall Americas Prize (MCHAP), directed by Dirk Denison from within the Illinois Institute of Technology (IIT), promotes an academic award that is given to the best architecture built in the American continent during a specific period.
"MCHAP The Americas 2, Territory & Expeditions," is inspired on the discussions held during the second cycle of the prize, which took place in 2016. Based on the selection of the finalist projects--Weekend House by SPBR, New Campus for the UTEC by Grafton Architects, Pachacamac Museum by Llosa Cortegana Architects, Tower 41 by Alberto Kalach, Star Apartmens by Michael Maltzan Architecture, and Grace Farms by SANAA--, the jury conversations and "discoveries" were very much conditioned by the ideas of nature and its intimate relation to architecture and landscape.

This book is part a reader, part a catalogue, part a visual essay/research on these matters. The texts and projects are in themselves contributions to the field as they show new understandings about the relationship between architecture and its environment as well as singularities and genealogies of the most prominent architectures of the Americas.