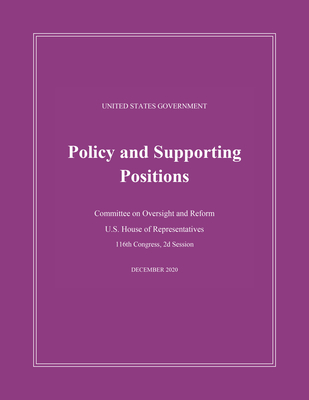 The Plum Book, is published, alternately, by the Senate Committee on Homeland Security and Governmental Affairs and the House Committee on Oversight and Reform.