Princeless: Save Yourself (Paperback) 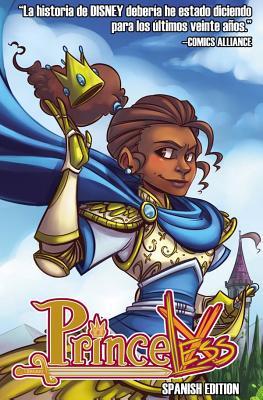 This is book number 1 in the Princeless series.

Read the Eisner Award-nominated series from the very beginning...for the first time IN SPANISH Adrienne Ashe never wanted to be a princess. She hates fancy dinners, is uncomfortable in lavish dresses, and has never wanted to wait on someone else to save her. However, on the night of her 16th birthday her parents, the King and Queen, locked her away in a tower guarded by a dragon to await the rescue of some handsome prince. Now Adrienne has decided to take matters into her own hands Come join the Eisner-nominated team of Jeremy Whitley and M. Goodwin for a tale of swashbuckling in the face of sexism. Princeless is the action adventure for the girl who's tired of waiting to be rescued and ready to save herself.