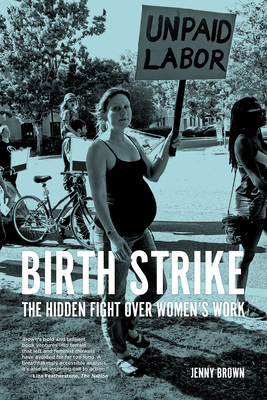 When House Speaker Paul Ryan urged U.S. women to have more children, and Ross Douthat requested “More babies, please,” they openly expressed what U.S. policymakers have been discussing for decades with greater discretion. Using technical language like “age structure,” “dependency ratio,” and “entitlement crisis,” establishment think tanks are raising the alarm: if U.S. women don’t have more children, we’ll face an aging workforce, slack consumer demand, and a stagnant economy. Feminists generally believe that a prudish religious bloc is responsible for the fight over reproductive freedom in the U.S., but hidden behind this conventional explanation is a dramatic fight over women’s reproductive labor. On one side, elite policymakers want an expanding workforce reared with a minimum of employer spending and a maximum of unpaid women’s work. On the other side, women are refusing to produce children at levels desired by economic planners. With little access to childcare, family leave, health care, and with insufficient male participation, U.S. women are conducting a spontaneous birth strike. In other countries, panic over low birth rates has led governments to underwrite childbearing with generous universal programs, but in the U.S., women have not yet realized the potential of our bargaining position. When we do, it will lead to new strategies for winning full access to abortion and birth control, and for improving the difficult working conditions U.S. parents now face when raising children.

Jenny Brown is a women’s liberation organizer and former editor of Labor Notes. She was a leader in the grassroots campaign to have morning-after pill contraception available over-the-counter in the U.S. She is co-author of Women’s Liberation and National Health Care.

“Jenny Brown compellingly explains the low U.S. birth rate: those primarily responsible for the labor of bearing and raising children (women) are responding as one should to lousy working conditions—by going on strike! Brown’s bold and brilliant book ventures into terrain that left and feminist thinkers have avoided for far too long. A breathtakingly accessible analysis, supported by riveting and intimate testimonials, it’s also an inspiring call to action.” —Liza Featherstone, The Nation

“Birth Strike is a well-researched and wide-ranging analysis of how the public responsibilities of pregnancy and parenting have been privatized to benefit a capitalist for-profit system designed to minimize labor costs to produce wealth for the few. Offers fresh insight into how women's biological power may be harnessed to resist reproductive oppression.” —Loretta J. Ross, author of Reproductive Justice: An Introduction and editor of Radical Reproductive Justice

“An audacious analysis of the falling U.S. birth rate; of the exploitive, often untenable conditions for raising children here and now; and of what might be done to change things. Feminist insight illuminates every chapter of this thoughtful book.” —Alix Kates Shulman, author of Memoirs of an Ex–Prom Queen and A Marriage Agreement and Other Essays: Four Decades of Feminist Writing

“An astute analysis of power relations not only in the sphere of reproduction but also in the worlds of work, immigration, and government policy as they bear on women's ability to control their bodies. She illuminates the historical context of the writings of Marx and Malthus, the crusades of Comstock, and recurring elite pleas for women to supply more workers and soldiers. Brown lays bare why U.S. women who want to be mothers, and those who don't, have it far worse here than in Europe. Then she tells us how to change that.” —Jane Slaughter, Labor Notes

“This book lays bare how U.S. politics around race and immigration are closely connected to the struggle for reproductive freedom, both in the past and today. You will never think about reproductive rights in the same way again.” —Ibram X. Kendi, author of Stamped from the Beginning: The Definitive History of Racist Ideas in America and How to Be an Antiracist

“Jenny Brown reveals to us how and why reactionary ruling interests in the United States support heavy birth rates and oppose both abortion and birth control. Also given is a good report of various other countries and their prevailing interests. In all, an excellent read!” —Michael Parenti, author of The Culture Struggle, Democracy for the Few, and Against Empire

“Why are we still struggling for childcare and paid leave in the U.S.? Basic rights to birth control and abortion? In Birth Strike, Jenny Brown exposes the economic interests at play and shows the mighty power of women to change the game.” —Lise Vogel, author of Marxism and the Oppression of Women

“Jenny Brown provides a compelling case that the battle over abortion and birth control is not just a religious or cultural difference of opinion. Rather, within these battles are deeper debates over the control of human labor. Capitalism cannot exist without labor, and employers have a strong interest in ensuring a steady supply. The more women can control their own bodies, the less power capitalists have over social reproduction. Filled with fascinating history and contemporary analysis, this book illuminates how women’s liberation is in fundamental conflict with capitalism. Read this book to learn how women must take their political struggle beyond what are often narrowly misunderstood as ‘women’s issues.’” —Stephanie Luce, professor of labor studies and sociology, City University of New York, author of Fighting for a Living Wage and Labor Movements: Global Perspectives

“Birth Strike is an important contribution to the subject of women and our reproductive rights. Unlike much of the literature on contraception and abortion, Jenny Brown situates her analysis within the larger economic context of both labor and human rights.” —Ti-Grace Atkinson, author of Amazon Odyssey and founder of The Feminists

“Jenny Brown’s rational and forthright answer to what the abortion struggles are about will surprise American women on both sides of the issue. Hint: it’s not religion or politics.” —Peggy Dobbins, author of From Kin to Class, WITCH founder

“Jenny Brown’s book Birth Strike is a game-changer and is equal in significance to Betty’s Friedan’s Feminine Mystique in the 1960’s, which sparked a movement.” —Carol Downer, Feminist Women’s Health Centers founder and author of A Woman’s Book of Choices

“A few years ago, statisticians discovered that the birth rate... in the U.S. had hit an all-time low.... In her provocative book Birth Strike... Brown jumps off from this evidence to discuss the history of birth control and right to secure a legal abortion in the face of the ruling class of men who traditionally have dictated the rules of women’s reproductive labor. This book is worth reading.” —Susan Brownmiller, author of In Our Time: Memoir of a Revolution

"Medicare for All Is a reproductive rights Issue feminists have been pushing for years to repeal the Hyde Amendment. But we should think even bigger: Medicare for All." —Jacobin Magazine

"Jenny Brown has cracked the code that few writers, outside of analysts trained by the CIA, has cracked. In her new book scheduled for release on March 1 by PM Press, Birth Strike: The Hidden Fight Over Women’s Work, Brown performs a brilliant forensic examination of the money and people behind the stealth agenda to raise the low birth-rate in the United States. That agenda includes concerted campaigns against abortion, the 'morning-after pill' and other forms of contraception. Using exhaustive research, Brown convincingly makes the case that it’s a well-financed corporate agenda implanted in Washington with an end goal of putting more American women in the maternity ward." —Pam Martens, Wall Street on Parade

"Why would opponents of abortion also want to keep birth control out of women’s hands? In Birth Strike: The Hidden Fight over Women’s Work (PM Press), veteran feminist Jenny Brown, a plaintiff in the RU-486 litigation, argues that record numbers of women are declining to have children because they do not have the social or government support—such as paid parental leave and universal healthcare—to raise children unencumbered. In response, she contends, the corporate patriarchy is trying to coerce them into having more children by reducing or eliminating access to abortion and birth control." —Ann Schneider, https://indypendent.org/2019/04/labor-conflict-with-birth-strike-jenny-brown-tackles-the-population-decline/

"Drawing on the experiences of other advanced Western society, Brown recommends that the U.S. needs to introduce a national health care program, free abortion on-demand and birth-control, universal free childcare (and eldercare), parental leave for all, and a shorter work week. It’s unlikely that a birthrate strike will do much to realize these important goals." —David Rosen, https://www.nyjournalofbooks.com/book-review/birth-strike

"Brown calls for increasing the social wage versus payments in cash, taxations benefits such as the Earned Income Tax Credit or allowances for kids, e.g., taxable deductions. Why? Upping the social wage allows chronically underpaid women and their families to disconnect from the tyranny of the 'family wage system' where the boss does not have to be right; s/he just has to be the boss and by force of power rules the increasingly union-free workplace. By contrast, social wage provisions are universal policy options. That is 'they are provided to everyone in the society regardless of marital status, age, or any other characteristic, and therefore are more of a feminist way to go.' No means-testing metrics that allocate social wage provisions based on household income, a kind of divide-and-conquer approach to keeping the working class, women and men, down and divided." —SETH SANDRONSKY, http://www.populist.com

"Birth Strike is bold in its attack on the way US society portrays the act of childbearing. Instead of portraying it as a social activity essential to the continuation of society, author Brown argues that among the so-called middle class this activity is almost perceived as a luxury; almost as another form of entertainment. Given the cost in the United States throughout the childrearing process, this perception is understandable. However, points out Brown, it is not an accident. Indeed, it is as intentional as the impoverishment of many public school systems and their replacement with essentially privatized charter schools. Under capitalism, an act which should be a perfect compromise between the individual and society has become privatized, with consequences for all, especially the children, especially in working class situations. Parenting services which other governments have socialized—health care, education, childcare, parental leave—are mostly left up to the individual parent or parents in the United States." —Ron Jacobs, Counterpunch, https://www.counterpunch.org/2019/05/03/making-and-raising-babies-in-the-usa/

"In 11 chapters and an appendix with questions for consciousness-raising, she hits the mark of helping us to understand the system that puts profits before people and tactics to weaken it. Therefore, Birth Strike is a book for everybody. Read it." —Seth Sandonsky, http://www.populist.com/25.10.sandronsky.html

"Birth Strike is highly recommended, especially for public library collections. It should be noted for personal reading lists that Birth Strike is also available in a Kindle edition." —James A. Cox, Midwest Book Review, http://www.midwestbookreview.com/lbw/may_19.htm#rc

"Birth Strike is a masterpiece of reasoning and insight." —Foreword Magazine

"The book delivers an overarching account of population control and family policy and details the ways the US government has pushed the cost of reproduction onto parents. Birth Strike is especially adept at deflating panicked arguments over an impending baby bust. Against the conservative think tank alarmists who insist that Social Security will dry up and the economy will collapse, Brown argues that low birth rates really only pose a threat to corporate interests: Fewer babies means a smaller workforce, higher wages, and, to certain economists, slower economic growth." —Bookforum