Bi Any Other Name - Bisexual People Speak Out (Paperback) 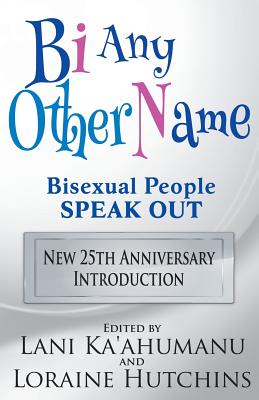 Bi Any Other Name: Bisexual People Speak Out first debuted in 1991. This groundbreaking book helped catalyze a national movement for bisexual identity, justice and equality. Often dubbed "the bisexual bible", Bi Any Other Name was on Lambda Book Review's Top 100 GLBT Books of the 20th century and became a beloved reference text in many classrooms, doctors' offices, libraries, and pulpits. A 2007 Mandarin translation was published in Taiwan. The new 2015 introduction of this book updates readers to the enormous changes the past quarter century has brought - for bi people, the larger society and the sexual rights and liberation movement of which we are a part. When did you know? How did you come out? What was your experience? The coming out stories in this book speak to the many ways bisexuals embrace realities outside rigid either/or categories throughout the passage of our lives. Everyday stories of women, men, transgender bisexuals, teenagers to octogenarians, from many different cultures and family arrangements. The fierce truth of these lives made visible puts a check on bisexual erasure, exposing the binary constructions of gay/straight and male/female as oversimplifications that reduce spectrums to mere opposites. Caught between the mainstream culture's persistent discounting of bisexuality, the sensationalizing characterizations presented in media, and the sexual liberation movement's continual disregard of bisexuality as a serious identity, bisexual people are often not seen or heard when they speak out. There is a vital need for these earnest voices to be heard in the new century. Enormous cultural changes have occurred in the past 25 years, yes, but understanding bisexualities has just begun.