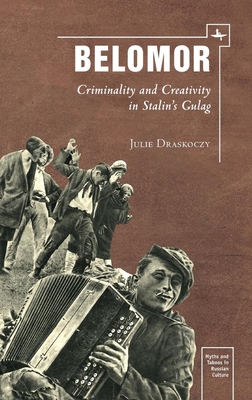 Containing analyses of everything from prisoner poetry to album covers, Belomor: Criminality and Creativity in Stalin's Gulag moves beyond the simplistic good/evil paradigm that often accompanies Gulag scholarship. While acknowledging the normative power of Stalinism--an ethos so hegemonic it wanted to harness the very mechanisms of inspiration--the volume also recognizes the various loopholes offered by artistic expression. Perhaps the most infamous project of Stalin's first Five-Year Plan, the Belomor construction was riddled by paradox, above all the fact that it created a major waterway that was too shallow for large crafts. Even more significant, and sinister, is that the project won the backing of famous creative luminaries who enthusiastically professed the doctrine of self-fashioning. Belomor complicates our understanding of the Gulag by looking at both prisoner motivation and official response from multiple angles, thereby offering a more expansive vision of the labor camp and its connection to Stalinism.

Julie Draskoczy has taught Russian history and culture at the University of Pittsburgh, Stanford University, and Patten University in San Quentin prison. She was named an Andrew W. Mellon Scholar of the Humanities at Stanford University and has studied in Russia as a Fulbright-Hays recipient. Her book and film reviews have appeared in The Slavic and East European Journal, The Modern Language Review, and Kinokultura. She has published articles in The Russian Review and Studies in Slavic Cultures and has edited numerous projects including The YIVO Encyclopedia of Jews in Eastern Europe and Holy Week: A Novel of the Warsaw Ghetto Uprising.