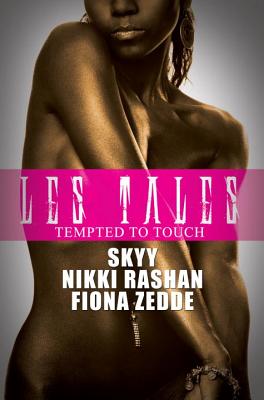 Three Urban Books authors join forces to entertain readers with erotic tales of forbidden lesbian love.
Temple is the epitome of a true fangirl. Since childhood, she has idolized her favorite actress, Ursula Moore. She is stoked to find out that Ursula will be a guest at the Atlanta convention she's attending with fellow fangirl friends Cree and Nia. When Temple's girlfriend attempts to ruin her weekend, the only thing that can turn it around is meeting Ursula. To her surprise, more savory options than getting an autograph are presented. Temple has to decide if she is going to stay a devoted fan or cross the line and find out what it's like to sleep with her favorite celebrity.
Taryn's and Nina's lives unite in an intense and fiery connection through their one common link: Layne, the woman they both loved. Taryn, a reserved wife, is unaware of her own astounding beauty and lurking alter ego. Nina is Layne's tempting mistress. With their damaged hearts, they challenge the unacceptable and cross boundaries into a disturbing affair that pushes the limits of erotic gratification and exploration. Their stormy battles are fought not only against one another, but also within. Secrets are exposed, hidden agendas are revealed, and the line to the forbidden is erased.
Chloe has always had a crush on Kai, her mother's best friend. She hoped that when she went away to college, her desire would go away, but when she returns home after losing her straight-out-of-college job, she finds that her attraction to Kai is stronger than ever. When she runs into Kai at a local fair, the sparks fly between the two women in a way that cannot be ignored. Chloe becomes determined to seduce Kai, vowing to have the older woman, no matter the cost.

Skyy is a screenwriter and playwright from Memphis, Tennessee. Her first novel, Choices, was released in 2007 and quickly gained popularity within the gay and lesbian community and the urban fiction community. The highly anticipated sequel, Consequences, was released in 2009 and rocketed to the top 10 lesbian bestsellers list on Amazon and at independent bookstores across the country. Skyy and her books were featured on the nationally syndicated radio show The Michael Baisden Show.

Nikki Rashan is the author of three novels, Double Pleasure, Double Pain; You Make Me Wanna; and Cyber Case. In a suspenseful yet humorous manner, Nikki shares stories that are honest, moving, and bring light to lesbian love. She has gained a supportive audience that crosses race and gender lines. Nikki has a special interest in touching the lives of women who face struggles when coming to terms with their truth. Nikki has been featured in Milwaukee Magazine, Swerv Magazine, Studs Magazine, mke, and she also participated in the GayNeighbor.org campaign, which helped promote awareness and visibility of LGBT families throughout Southeastern Wisconsin. Nikki shared her coming out story on The Oprah Winfrey Show in 2004.

Fiona Zedde is a transplanted Jamaican currently living and working in San Diego, California. She is also the author of Hungry For It, Every Dark Desire, Bliss, and A Taste of Sin.