The Guy's Guide to Feminism (Paperback) 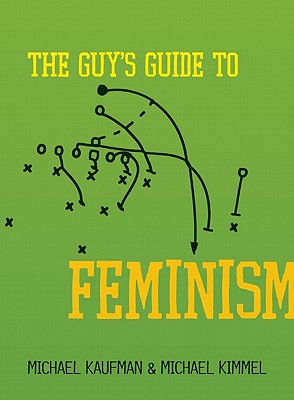 Written by and for men, the ultimate guide to becoming a strong male ally in the 21st century

In just one generation, age-old ideas about women have been swept aside . . . but what does that have to do with men? Authors Michael Kaufman and Michael Kimmel, two of the world's leading male advocates of gender equality, believe it has everything to do with them -- and that it's crucial to educate men about feminism in order for them to fully understand just how important and positive these changes have been for them.

Kaufman and Kimmel address these issues in The Guy's Guide to Feminism. Hip and accessible, it contains nearly a hundred entries -- from "Autonomy" to "Zero Tolerance" -- written in varying tones (humorous, satirical, irreverent, thoughtful, and serious) and in many forms ("top ten" lists, comics, interviews, mini-stories, and more). Each topic celebrates the ongoing gains that are improving the lives of women and girls -- and what that really means for men.

Informal and fun yet substantive and intelligent, The Guy's Guide to Feminism illustrates how understanding and supporting feminism can help men live richer, fuller, and happier lives.

Michael Kaufman is an educator and writer focused on engaging men and boys to promote gender equality and end violence against women. His work with the United Nations, numerous government and non-governmental organizations, and on university campuses has taken him to fifty countries. He is the co-founder of the White Ribbon Campaign, the largest effort in the world of men working to end violence against women, and the author/editor of six books on gender issues, democracy, and development studies, including Theorizing Masculinities and Cracking the Armor: Power, Pain and the Lives of Men. He is also the author of the award-winning novel The Possibility of Dreaming on a Night Without Stars. Married with two children, Kaufman lives in Toronto, Canada.

Michael Kimmel is a professor of sociology at SUNY at Stony Brook. He is the author of Guyland: The Perilous World Where Boys Become Men, which was featured on The Today Show and Good Morning America, and in over one hundred radio show, newspaper, and blog reviews. His other books include Changing Men, Men’s Lives, Against the Tide: Profeminist Men in the United States, 1776-1990, The Politics of Manhood, Manhood: A Cultural History, The Gendered Society, and, most recently, Misframing Men. He also co-edited The Encyclopedia on Men and Masculinities and Handbook of Studies on Men and Masculinities. He is the founder and editor of Men and Masculinities, the field’s premier scholarly journal, and a book series on gender and sexuality at New York University Press; and he edited the Sage Series on men and masculinities. He lectures extensively in corporations and on campuses in the U.S. and abroad. He lives in Brooklyn, New York with his wife and co-author, Amy Aronson, and their 10-year-old son, Zachary.

"The Guy's Guide is a fun, quick read that makes the case that feminism is as good for men as it is for women."—Feministing

"The book is an easy, entertaining and informative read and makes the clear and compelling case for why feminism can improve the lives of boys and men."—Huffingtonpost