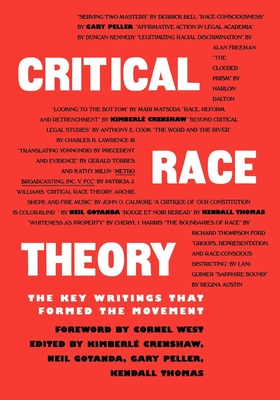 What is Critical Race Theory and why is it under fire from the political right? This foundational essay collection, which defines key terms and includes case studies, is the essential work to understand the intellectual movement

Why did the president of the United States, in the midst of a pandemic and an economic crisis, take it upon himself to attack Critical Race Theory? Perhaps Donald Trump appreciated the power of this groundbreaking intellectual movement to change the world.

In recent years, Critical Race Theory has vaulted out of the academy and into courtrooms, newsrooms, and onto the streets. And no wonder: as intersectionality theorist Kimberl Crenshaw recently told Time magazine, It's an approach to grappling with a history of white supremacy that rejects the belief that what's in the past is in the past, and that the laws and systems that grow from that past are detached from it. The panicked denunciations from the right notwithstanding, CRT has changed the way millions of people interpret our troubled world.

Edited by its principal founders and leading theoreticians, Critical Race Theory was the first book to gather the movement's most important essays. This groundbreaking book includes contributions from scholars including Derrick Bell, Kimberl Crenshaw, Patricia Williams, Dorothy Roberts, Lani Guinier, Duncan Kennedy, and many others. It is essential reading in an age of acute racial injustice.