Rape on the Public Agenda: Feminism and the Politics of Sexual Assault (Paperback) 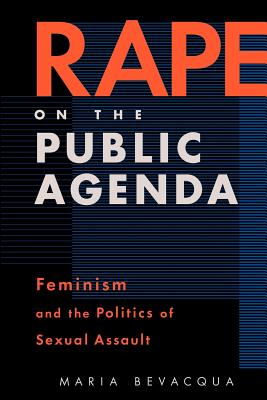 Women's responses to rape have taken many forms over the past three decades, from guerrilla actions targeting individual assailants to the founding of rape crisis centers. This timely book illuminates the movement's importance to the broader women's movement and discusses the public policy implications of this activism. Maria Bevacqua locates the roots of rape consciousness, traces the evolution of an anti-rape ideology on the feminist agenda, describes how the rape issue moved to the wider public agenda, and investigates the various manifestations and strategies of anti-rape politics. She examines how feminists first articulated the rape experience as a women's issue, traces the evolution of anti-rape ideology over a thirty-year period, and considers recent tensions in the movement, including allegations of a feminist date rape "hype" in the media and in the academy. The author untangles the public and legislative responses to the rape issue, analyzing both the political context that made policymakers receptive to anti-rape goals and the effect of the anti-rape movement on American political and social life.