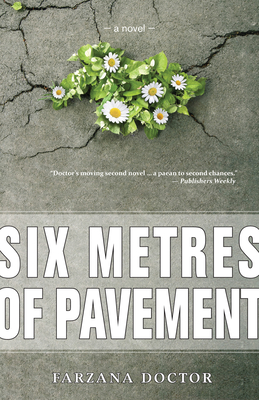 Ismail Boxwala made the worst mistake of his life one summer morning twenty years ago: he forgot his baby daughter in the back seat of his car. After his daughter's tragic death, he struggles to continue living. A divorce, years of heavy drinking, and sex with strangers only leave him more alone and isolated.

But Ismail's story begins to change after he reluctantly befriends two women: Fatima, a young queer activist kicked out of her parents' home; and Celia, his grieving Portuguese-Canadian neighbour who lives just six metres away. A slow-simmering romance develops between Ismail and Celia. Meanwhile, dangers lead Fatima to his doorstep. Each makes complicated demands of him, ones he is uncertain he can meet.

Farzana Doctor's first novel, Stealing Nasreen, received critical acclaim and was nominated for Masala!Mehndi!Masti! People's Choice Award. She has also written on social work and diversity-related topics, and in her spare time she provides private practice consulting and psychotherapy services. She lives in Toronto.

“In the end, you're hoping there's a happy ending here, and even though you might not have anticipated it, there is an ending I'm betting you will like.”