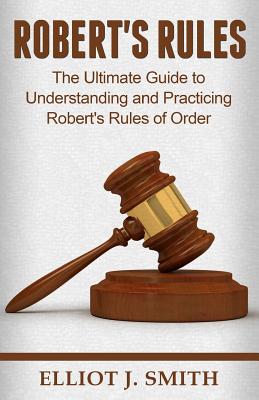 Since the late 1800s, Robert's Rules of Order has been used in corporate governance and executive boardrooms. Robert's Rules of Order were designed to properly assemble a group of people, of any size. It's a form of organizing assemblies intelligently. Any group, society, or assembly who adopts Robert's rules has the liberty to adopt their own rules - eventually creating their own book of rules.

This book was written for executives, organizers, parliamentarians, and other organizations to easily understand the fundamentals of Robert's Rules of Order and put them into action.

Here's what you will learn in this book: