Pink Triangle Legacies: Coming Out in the Shadow of the Holocaust (Hardcover) 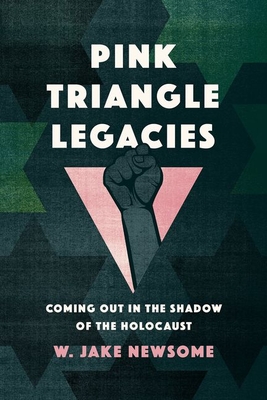 Pink Triangle Legacies traces the transformation of the pink triangle from a Nazi concentration camp badge and emblem of discrimination into a widespread, recognizable symbol of queer activism, pride, and community. W. Jake Newsome provides an overview of the Nazis' targeted violence against LGBTQ+ people and details queer survivors' fraught and ongoing fight for the acknowledgement, compensation, and memorialization of LGBTQ+ victims. Within this context, a new generation of queer activists has used the pink triangle--a reminder of Germany's fascist past--as the visual marker of gay liberation, seeking to end queer people's status as second-class citizens by asserting their right to express their identity openly.

The reclamation of the pink triangle occurred first in West Germany, but soon activists in the United States adopted this chapter from German history as their own. As gay activists on opposite sides of the Atlantic grafted pink triangle memories onto new contexts, they connected two national communities and helped form the basis of a shared gay history, indeed a new gay identity, that transcended national borders.

Pink Triangle Legacies illustrates the dangerous consequences of historical silencing and how the incorporation of hidden histories into the mainstream understanding of the past can contribute to a more inclusive experience of belonging in the present. There can be no justice without acknowledging and remembering injustice. As Newsome demonstrates, if a marginalized community seeks a history that liberates them from the confines of silence, they must often write it themselves.

W. Jake Newsome is a scholar of American and German LGBTQ+ history whose work as a public historian reaches global audiences. He currently works as a museum professional in Washington, DC. You can find him online at wjakenewsome.com and @wjnewsome.