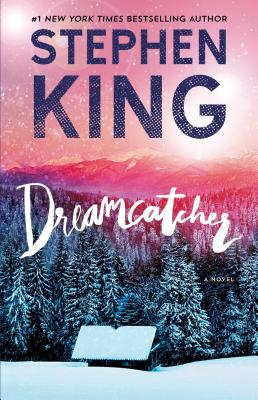 Twenty-five years ago, in their haunted hometown of Derry, Maine, four boys bravely stood together and saved a mentally challenged child from vicious local bullies. It was something that fundamentally changed them, in ways they could never begin to understand. These lifelong friends—now with separate lives and separate problems—make it a point to reunite every year for a hunting trip deep in the snowy Maine woods. This time, though, chaos erupts when a stranger suddenly stumbles into their camp, freezing, deliriously mumbling about lights in the sky. And all too quickly, the four companions are plunged into a horrifying struggle for survival with an otherworldly threat and the forces that oppose it...where their only chance of survival is locked into their shared past—and the extraordinary element that bonds them all...

Stephen King is the author of more than sixty books, all of them worldwide bestsellers. His recent work includes Fairy Tale, Billy Summers, If It Bleeds, The Institute, Elevation, The Outsider, Sleeping Beauties (cowritten with his son Owen King), and the Bill Hodges trilogy: End of Watch, Finders Keepers, and Mr. Mercedes (an Edgar Award winner for Best Novel and a television series streaming on Peacock). His novel 11/22/63 was named a top ten book of 2011 by The New York Times Book Review and won the Los Angeles Times Book Prize for Mystery/Thriller. His epic works The Dark Tower, It, Pet Sematary, and Doctor Sleep are the basis for major motion pictures, with It now the highest-grossing horror film of all time. He is the recipient of the 2020 Audio Publishers Association Lifetime Achievement Award, the 2018 PEN America Literary Service Award, the 2014 National Medal of Arts, and the 2003 National Book Foundation Medal for Distinguished Contribution to American Letters. He lives in Bangor, Maine, with his wife, novelist Tabitha King.