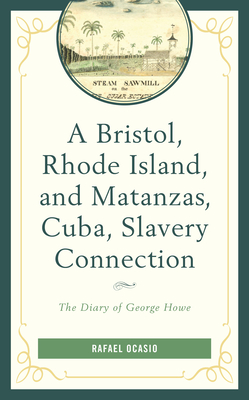 In the early 19th century, Cuba emerged as the world's largest producer of sugar and the United States its most important buyer. Barely documented today, there was a close commercial relationship between Cuba and the Rhode Island coastal town of Bristol. The citizens of Bristol were heavily involved in the slavery trade and owned sugarcane plantations in Cuba and also served as staff workers at these facilities. Available in print for the first time is a diary that sheds light on this connection. Mr. George Howe, Esquire (1791-1837), documented his tasks at a Bristolian-owned plantation called New Hope, which was owned by well-known Bristol merchant, slave trader, and US senator James DeWolf (1764-1837). Howe expressed mixed personal feelings about local slavery work practices. He felt lucky to be employed and was determined to do his job well, in spite of the harsh conditions operating at New Hope, but he also struggled with his personal feelings regarding slavery. Though an oppressive system, it was at the core of New Hope's financial success and, therefore, Howe's well-being as an employee. This book examines Howe's diary entries in the thematic context of the local Costumbrista literary production. Costumbrismo both documented local customs and critically analyzed social ills. In his letters to relatives and friends Howe depicted a more personal reaction to the underpinnings of slavery practices, a reaction reflecting early abolitionist sentiments.

Rafael Ocasio is Charles A. Dana Professor of Spanish at Agnes Scott College.