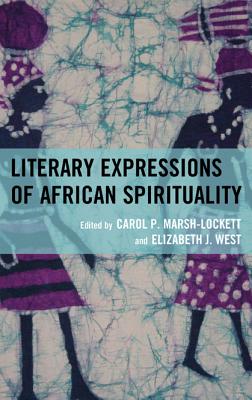 With a focus on the connected spiritual legacy of the black Atlantic, Literary Expressions of African Spirituality leads the way to more comprehensive trans-geographical studies of African spirituality in black art. With essays focusing on African spirituality in creative works by several trans-Atlantic black authors across varying locations in the Ameri-Atlantic diaspora, this collection reveals and examines their shared spiritual cosmology. Diasporic in scope, Literary Expressions of African Spirituality offers new readings of black literatures through the prism of spiritual memory that survived the damaging impact of trans-Atlantic slaving. This memory is a significant thread that has often been missed in the reading and teaching of the literatures of the African diaspora. Essays in this collection explore unique black angles of seeing and ways of knowing that characterize African spiritual presence and influence in trans-Atlantic black artistic productions. Essays exploring works ranging from turn-of-the-century African American figure W.E.B. DuBois, South African novelist Zakes Mda, Haitian novelists Edwidge Danticat and Jacques Roumain, as well as African belief systems such as Voudoun and Candomble, provide a scope not yet offered in a single published volume. This collection explores the deep and often unconscious spiritual and psychosocial connectedness of people of African descent in the African and Ameri-Atlantic world.

Carol P. Marsh-Lockett is an associate professor of English at Georgia State University, where she teaches courses and pursues scholarship in African American, Caribbean, and Postcolonial Literatures. In addition to published essays and articles in these areas as well as articles on Seventeenth Century English Literature, she is the editor of Decolonising Caribbean Literature (Studies in the Literary Imagination 26.2) and Black Women Playwrights: Visions on the American Stage (Garland, 1999). She also co-edited (with Elizabeth J. West) Caribbean Women Writers in Exile: Anglophone Writings (Studies in the Literary Imagination 37.2). She is a former Womanist Scholar in Residence at The Interdenominational Theological Center in Atlanta, Georgia. Elizabeth J. West received her PhD in English with a certificate in Women's Studies from Emory University. In her anthologized essays, as well as articles in American Studies Journal (Halle-Wittenberg, Germany), CLAJ, MELUS, JCCH, Womanist, Black Magnolias, SLI, and SCR, she focuses on gender, race and class, with particular interest in their intersections with the spiritual in early American and African American literary works. Her monograph, African Spirituality in Black Women's Fiction (Lexington Books, 2011) traces specific African spiritual sensibilities from early to modern black women's writings. She is among scholar interviewees for Georgia Public Broadcasting's 2011 documentary on the seventy-fifth anniversary of Margaret Mitchell's Gone With the Wind. Her article, "From David Walker to President Obama: Tropes of the Founding Fathers in African American Discourses of Democracy, or the Legacy of Ishmael," has been recognized among "Featured Articles in American Studies" (American Studies Journals: A Directory of Worldwide Resources). She is a former AAUW Research Fellow and a ROOTS NEH Summer Seminar Participant (Virginia Foundation for the Humanities and University of Virginia). She has served as a Special Delegate for the Modern Language Association, and she is currently Assistant Treasurer for the College Language Association.