Gay Faulkner: Uncovering a Homosexual Presence in Yoknapatawpha and Beyond (Paperback) 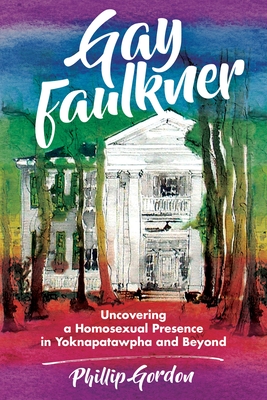 The life and works of William Faulkner have generated numerous biographical studies exploring how Faulkner understood southern history, race, his relationship to art, and his place in the canons of American and world literature. However, some details on Faulkner's life collected by his early biographers never made it into published form or, when they did, appeared in marginalized stories and cryptic references. The biographical record of William Faulkner's life has yet to come to terms with the life-long friendships he maintained with gay men, the extent to which he immersed himself into gay communities in Greenwich Village and New Orleans, and how profoundly this part of his life influenced his "apocryphal" creation of Yoknapatawpha County.

Gay Faulkner: Uncovering a Homosexual Presence in Yoknapatawpha and Beyond explores the intimate friendships Faulkner maintained with gay men, among them Ben Wasson, William Spratling, and Hubert Creekmore, and places his fiction into established canons of LGBTQ literature, including World War I literature and representations of homosexuality from the Cold War. The book offers a full consideration of his relationship to gay history and identity in the twentieth century, giving rise to a new understanding of this most important of American authors.

Phillip Gordon is associate professor of English and gay studies coordinator at University of Wisconsin-Platteville. He was born in Memphis, Tennessee, and grew up just north of Faulkner's fictional Yoknapatawpha County.