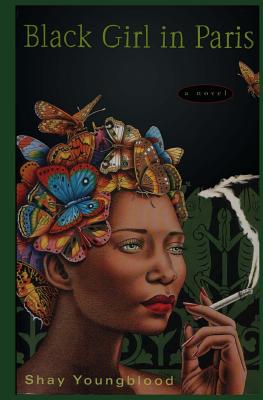 Shay Youngblood is the author of novels, plays, essays and poetry. Her work has appeared in Oprah, Essence, Black Book and Good Housekeeping Magazines. She is the recipient of numerous grants and awards, including a Pushcart Prize for fiction, a Lorraine Hansberry Playwriting Award, several NAACP Theater Awards, an Astraea Writers' Award for fiction and a New York Foundation for the Arts, Sustained Achievement Award. Her short stories have been performed at Symphony Space and recorded for NPR's Selected Shorts. Ms. Youngblood received her MFA in Creative Writing from Brown University. She has worked as a Peace Corps volunteer in the eastern Caribbean, as an au pair, artist's model, and poet's helper in Paris, and as a creative writing instructor in a Rhode Island women's prison. She was a Japan U.S. Friendship Commission Creative Artist Fellow (2011) and Dallas Museum of Art, Writer in Residence (2013).