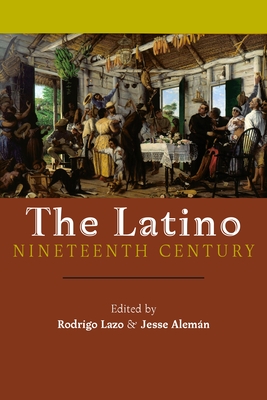 A retelling of U.S., Latin American, and Latino/a literary history through writing by Latinos/as who lived in the United States during the long nineteenth century

Written by both established and emerging scholars, the essays in The Latino Nineteenth Century engage materials in Spanish and English and genres ranging from the newspaper to the novel, delving into new texts and areas of research as they shed light on well-known writers. This volume situates nineteenth-century Latino intellectuals and writers within crucial national, hemispheric, and regional debates. The Latino Nineteenth Century offers a long-overdue corrective to the Anglophone and nation-based emphasis of American literary history. Contributors track Latino/a lives and writing through routes that span Philadelphia to San Francisco and roots that extend deeply into Mexico, the Caribbean, Central and South Americas, and Spain. Readers will find in the rich heterogeneity of texts and authors discussed fertile ground for discussion and will discover the depth, diversity, and long-standing presence of Latinos/as and their literature in the United States.