The Legend of the Black Mecca: Politics and Class in the Making of Modern Atlanta (Paperback) 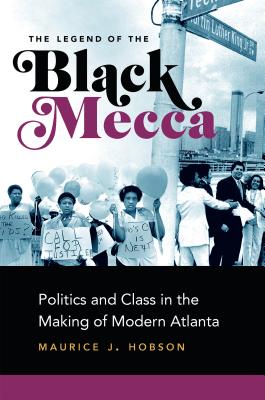 For more than a century, the city of Atlanta has been associated with black achievement in education, business, politics, media, and music, earning it the nickname the black Mecca. Atlanta's long tradition of black education dates back to Reconstruction, and produced an elite that flourished in spite of Jim Crow, rose to leadership during the civil rights movement, and then took power in the 1970s by building a coalition between white progressives, business interests, and black Atlantans. But as Maurice J. Hobson demonstrates, Atlanta's political leadership--from the election of Maynard Jackson, Atlanta's first black mayor, through the city's hosting of the 1996 Olympic Games--has consistently mishandled the black poor. Drawn from vivid primary sources and unnerving oral histories of working-class city-dwellers and hip-hop artists from Atlanta's underbelly, Hobson argues that Atlanta's political leadership has governed by bargaining with white business interests to the detriment of ordinary black Atlantans.
In telling this history through the prism of the black New South and Atlanta politics, policy, and pop culture, Hobson portrays a striking schism between the black political elite and poor city-dwellers, complicating the long-held view of Atlanta as a mecca for black people.