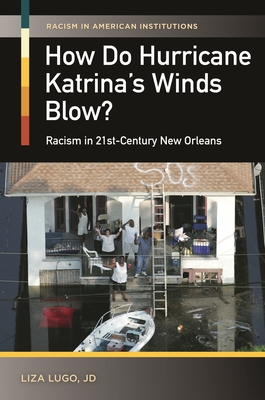 An outstanding resource for students of African American history, government policy, sociology, and human rights, as well as readers interested in socioeconomics in the United States today, this book examines why the divisions between the areas heavily damaged by Hurricane Katrina and those left unscathed largely coincided with the color lines in New Orleans neighborhoods; and establishes how African Americans have suffered for 400 years under an oppressive system that has created a permanent underclass of second-class citizenship.

Rather than focusing on the Katrina disaster itself, the author presents significant evidence of how government policy and structure, as well as societal mores, permitted and sanctioned the dehumanization of African Americans, purposefully placing them in disaster-prone areas--particularly, those in New Orleans. The historical context is framed within the construct of Hurricane Katrina and other hurricane catastrophes in New Orleans, demonstrating that Katrina was not an anomaly. For readers unfamiliar with the ugly existence of segregation in modern-day America, this book will likely shock and outrage as it sounds a call to both citizens and government to undertake the challenges we still face as a nation.

Liza Lugo, JD, is a legal scholar with expertise in constitutional law, international human rights law, civil liberties, and criminal law, as well as president of her own consultation firm.