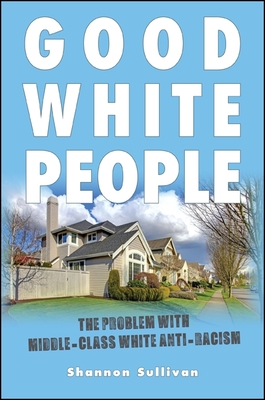 Building on her book Revealing Whiteness, Shannon Sullivan identifies a constellation of attitudes common among well-meaning white liberals that she sums up as white middle-class goodness, an orientation she critiques for being more concerned with establishing anti-racist bona fides than with confronting systematic racism and privilege. Sullivan untangles the complex relationships between class and race in contemporary white identity and outlines four ways this orientation is expressed, each serving to establish one's lack of racism: the denigration of lower-class white people as responsible for ongoing white racism, the demonization of antebellum slaveholders, an emphasis on colorblindness--especially in the context of white childrearing--and the cultivation of attitudes of white guilt, shame, and betrayal. To move beyond these distancing strategies, Sullivan argues, white people need a new ethos that acknowledges and transforms their whiteness in the pursuit of racial justice rather than seeking a self-righteous distance from it.

Shannon Sullivan is Head of the Philosophy Department and Professor of Philosophy, Women's Studies, and African American Studies at Penn State University. She is the author and editor of many books, including Race and Epistemologies of Ignorance (coedited with Nancy Tuana), also published by SUNY Press.