Ain't Gonna Let Nobody Turn Me Around: Forty Years of Movement Building with Barbara Smith (Paperback) 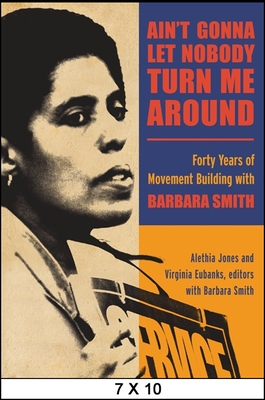 As an organizer, writer, publisher, scholar-activist, and elected official, Barbara Smith has played key roles in multiple social justice movements, including Civil Rights, feminism, lesbian and gay liberation, anti-racism, and Black feminism. Her four decades of grassroots activism forged collaborations that introduced the idea that oppression must be fought on a variety of fronts simultaneously, including gender, race, class, and sexuality. By combining hard-to-find historical documents with new unpublished interviews with fellow activists, this book uncovers the deep roots of today's identity politics and intersectionality and serves as an essential primer for practicing solidarity and resistance.