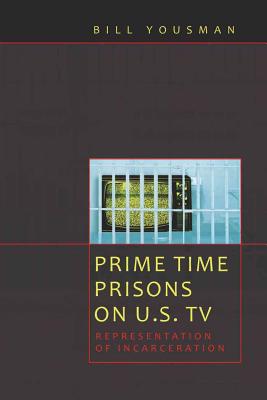 This is book number 10 in the Media and Culture series.

In the current era of rampant incarceration and an ever-expanding prison-industrial complex, this crucial book breaks down the distorted and sensationalistic version of imprisonment found on U.S. television. Examining local and national television news, broadcast network crime dramas, and the cable television prison drama Oz, the book provides a comprehensive analysis of the stories and images of incarceration most widely seen by viewers in the U.S. and around the world. The textual analysis is augmented by interviews with individuals who have spent time in U.S. prisons and jails; their insights provide important context while encouraging readers to critically reflect on their own responses to television images of imprisonment. Appropriate for both undergraduates and postgraduates, Prime Time Prisons on U.S. TV is useful for courses in media criticism, media literacy, popular culture, television studies, and criminology.