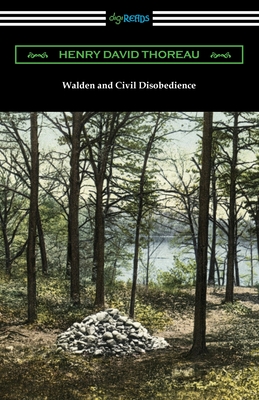 American author, naturalist, and abolitionist, Henry David Thoreau was a principal figure of the 19th century movement of Transcendentalism. Central to the philosophy is a belief that people, who are inherently good, are corrupted by the organized institutions of society and that consequently the best community is one that is built upon on independence and self-reliance. In Thoreau's best known work, "Walden" we find a classic account of his attempt to live by the principles espoused in this philosophy. Henry David Thoreau spent two years living at Walden Pond near Concord, Massachusetts, on a woodland property owned by fellow transcendentalist Ralph Waldo Emerson. The story is detailed in its accounts of Thoreau's day-to-day activities, observations, and undertakings to survive out in the wilderness. Thoreau's journal is an exquisite account of a man seeking a more simple life by living in harmony with nature. A journey of self-discovery, "Walden" is Thoreau's declaration of independence, a manual of self-reliance, for which the author will be forever immortalized. Also included in this volume is Thoreau's influential essay "Civil Disobedience", in which he argues that individuals have a duty to resist their acquiescence to governmental injustice. This edition is printed on premium acid-free paper.