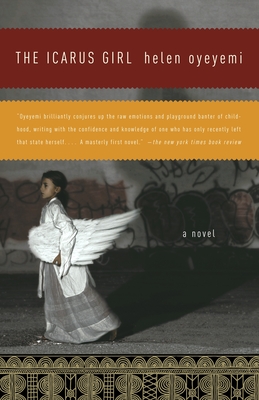 The audacious first novel from the award-winning and highly acclaimed Helen Oyeyemi.

Jessamy “Jess” Harrison, age eight, is the child of an English father and a Nigerian mother. Possessed of an extraordinary imagination, she has a hard time fitting in at school. It is only when she visits Nigeria for the first time that she makes a friend who understands her: a ragged little girl named TillyTilly. But soon TillyTilly’s visits become more disturbing, until Jess realizes she doesn’t actually know who her friend is at all. Drawing on Nigerian mythology, Helen Oyeyemi presents a striking variation on the classic literary theme of doubles — both real and spiritual — in this lyrical and bold debut.

Helen Oyeyemi is the author of five novels, most recently Boy, Snow, Bird, which was a finalist for the 2014 Los Angeles Times Book Prize; and the highly acclaimed What Is Not Yours Is Not Yours. She received a 2010 Somerset Maugham Award and a 2012 Hurston/Wright Legacy Award. In 2013, she was named one of Granta's Best Young British Novelists.

“Oyeyemi brilliantly conjures up the raw emotions and playground banter of childhood. . . . A masterly first novel.”–The New York Times Book Review“Oyeyemi writes about childhood as if she were not inventing but truly remembering it, not through the distancing lens of time, but as scary and magical as it really was.” –San Francisco Chronicle"Remarkable. . . . As original as it is unsettling, The Icarus Girl runs straight at the heart of what it means to belong.– O, The Oprah Magazine“[The Icarus Girl] provides evidence of a vivid imagination capable of moving freely between cultures and continents. . . .Haunting and suspense-filled.”–The Washington Post Book World