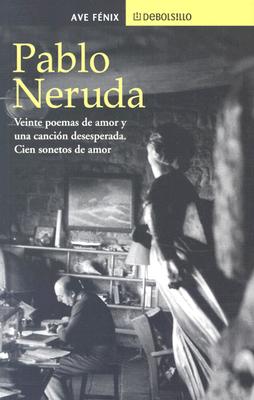 Called "the most prolific, influential and inventive poet of the Spanish language" (New York Times Book Review, 1969), Pablo Neruda wrote poems of unequaled grace, wit, and earthiness. In this, the most respected translation of his passionate book of love poems, Neruda's work shines. W. S. Merwin, noted translator and poet, has captured the heart of Neruda's odes to love and desire. The sensuality of these poems is vividly brought to life by the lush illustrations of Jan Thompson Dicks. A Foreword by Stephen Dobyns, also a poet, adds a new dimension to this edition by offering a warm personal account of Neruda.

Born Neftali Ricardo Reyes Basoalto in 1904 in southern Chile, the poet took on the name of a nineteenth-century Czech writer, Jan Neruda, both out of admiration and modesty. This book, originally published as Veinte poemas de amor y una cancion desesperado in Chile in 1924, appeared when Neruda was just 19. He later said about the subject. "love poems sprouted out from me everywhere".

This handsome new edition of a timeless classic will be a delight to poets and lovers alike.