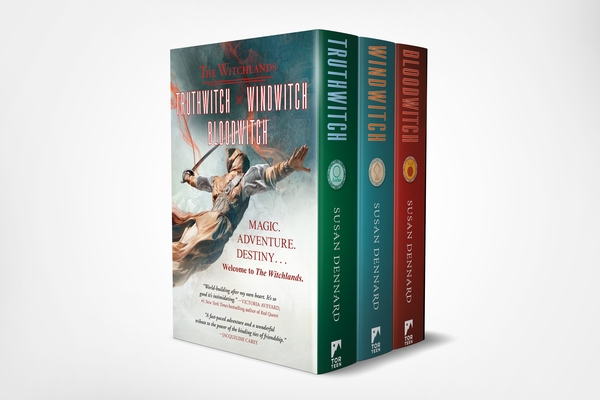 On a continent ruled by three empires, many people are born with a “witchery”, a magical skill that sets them apart from others. Some command the wind, some the water, some fire, some metal. And some can master the truth, or time, or even death itself.

Now, as war breaks loose and magic is dying, two young women--a Truthwitch and a Threadwitch--may hold the key to a centuries old prophecy that could control the world...if they can survive.

Susan Dennard is the award-winning, New York Times bestselling author of the Witchlands series (now in development for TV from the Jim Henson Company), and the Something Strange and Deadly series, in addition to short fiction published online. She also runs the popular newsletter for writers, the Misfits and Daydreamers. When not writing or teaching writing, she can be found rolling the dice as a Dungeon Master or mashing buttons on one of her way too many consoles.