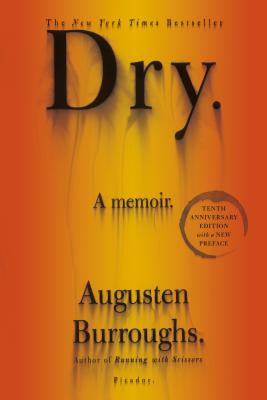 The Tenth Anniversary Edition of the New York Times bestselling book that has sold over half a million copies in paperback.

"I was addicted to "Bewitched" as a kid. I worshipped Darren Stevens the First. When he'd come home from work and Samantha would say, ‘Darren, would you like me to fix you a drink?' He'd always rest his briefcase on the table below the mirror in the foyer, wipe his forehead with a monogrammed handkerchief and say, ‘Better make it a double.'" (from Chapter Two)

You may not know it, but you've met Augusten Burroughs. You've seen him on the street, in bars, on the subway, at restaurants: a twentysomething guy, nice suit, works in advertising. Regular. Ordinary. But when the ordinary person had two drinks, Augusten was circling the drain by having twelve; when the ordinary person went home at midnight, Augusten never went home at all. Loud, distracting ties, automated wake-up calls and cologne on the tongue could only hide so much for so long. At the request (well, it wasn't really a request) of his employers, Augusten lands in rehab, where his dreams of group therapy with Robert Downey Jr. are immediately dashed by grim reality of fluorescent lighting and paper hospital slippers. But when Augusten is forced to examine himself, something actually starts to click and that's when he finds himself in the worst trouble of all. Because when his thirty days are up, he has to return to his same drunken Manhattan life—and live it sober. What follows is a memoir that's as moving as it is funny, as heartbreaking as it is true. Dry is the story of love, loss, and Starbucks as a Higher Power.

Augusten Burroughs is the author of Running with Scissors, Dry, Magical Thinking: True Stories, Possible Side Effects, A Wolf at the Table and You Better Not Cry. He is also the author of the novel Sellevision, which has been optioned for film. The film version of Running with Scissors, directed by Ryan Murphy and produced by Brad Pitt, was released in October 2006 and starred Joseph Cross, Brian Cox, Annette Bening (nominated for a Golden Globe for her role), Alec Baldwin and Evan Rachel Wood. Augusten's writing has appeared in numerous magazines and newspapers around the world including The New York Times and New York Magazine. In 2005 Entertainment Weekly named him one of "The 25 Funniest People in America." He resides in New York City and Western Massachusetts.

“Beneath the quick-flowing, funny-sad surface of Burroughs' prose lurks considerable complexity: wherever he goes, whatever he's doing, you can feel how badly he wants to drink-as well as the sadness from which that desire comes and the courage it takes to make the sadness so funny, all at the same time. If anything, Dry is even more compelling than Burroughs' first outing.” —Lev Grossman, Time

“More than a heartbreaking tale, it's a heroic one. As with its predecessor, we finish the book amazed not only that Burroughs can write so brilliantly, but that he's even alive.” —People

“A wrenching, edifying journey . . . with the added benefit of being really entertaining.” —The New York Times Book Review

“Dry will make readers glad to have Augusten Burroughs in the world, and eager for more.” —O Magazine

“Augusten Burroughs is a wickedly good writer.... Dry is a great read. Grade: A.” —Chicago Sun-Times

“I haven't read anything this sharp, hip, or honest in my life. Count me as a lifelong fan of this courageous writer.” —Elle