Murder in the Dark: An Ishmael Jones Mystery (MP3 CD) 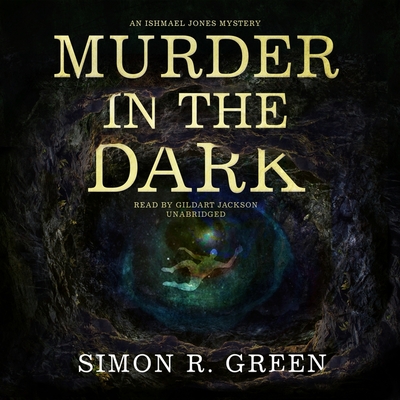 The sudden appearance of a sinister black hole in the English countryside leads to a baffling murder investigation for Ishmael Jones.

"The past is England's dreaming, and not all of it sleeps soundly ..."

Ishmael Jones and his partner Penny have been despatched to assist a group of scientists who are investigating a mysterious black hole which has appeared on a Somerset hillside. Could it really be a doorway to another dimension, an opening into another world?

When one of the scientists disappears into the hole--with fatal consequences--Ishmael must prove whether it was an accident--or murder. But with no clues, no witnesses, and no apparent motive, he has little to go on. Is there an alien predator at large, or is an all-too-human killer responsible? Only one thing is certain: if Ishmael does not uncover the truth in time, more deaths will follow.